Albion Online is planned for release on July 17th, crafting, housing, and guilds are all there. At the same time, Albion Online has a top-down perspective with fast-faced combat. Aiming and positioning are the key to victory in combat. 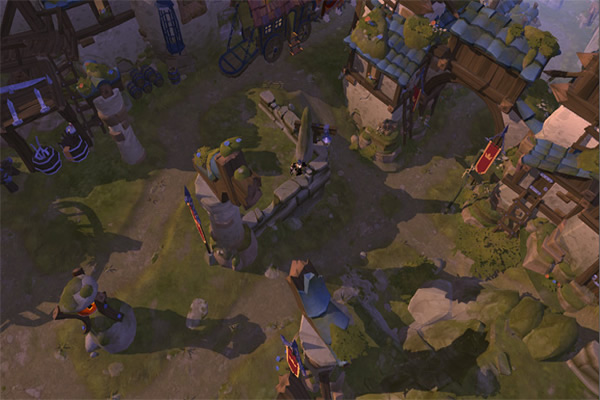 The in-game economy is completely player-driven, all buildings and equipment items must be crafted by players. Gathering raw materials, trading and crafting are core elements of the game. There is only a single game world shared by all players on all platforms. No separate ‘shards’, ‘servers’ or whatever. More players mean that the game world has to grow.

The idea behind Albion Online was to make a true sandbox MMO. We feel that most existing MMOs are getting too “soft”. Winning is only fun if you can also lose. We wanted to make a game with a heavy focus on PVP and guild gameplay, a game in which risk brings reward.

We also wanted a true player-driven economy, where every single item and building is created by the players. Because of that approach Albion offers many different play styles – gathering, farming, crafting, diplomacy, PVE and PVP combat – it’s really up to you.