When the Beta Final of the MMORPG Sandbox Albion Online launched, during the time, we need to remind of you about many novelties were going to appear, in a few months, until the game official released. Needless to say, in accordance to Sandbox Interactive studio, it keeps its promises. 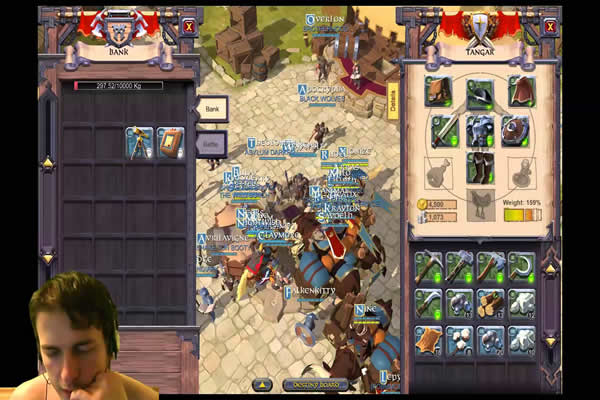 Today, it gives us a whole new functionality: the table of PvP statistics (or the killboard, for the English version, which will remain in all cases for the French version) whose function will be to keep us informed on all the actions PvP, GvG players. The table will also give us the information of the best players and guilds in the ranking as well as the upcoming inter-guild meetings that might interest players willing to follow the clash.

Description And Functionality Of The Table

The table of PvP statistics is divided into 5 sections accessible through a main menu of five specific tabs.

Fighting tops: This table will give you the top five players in PvP mode with the date, time, killer, victim and fame points the player will have obtained. By clicking on the nickname of each participant you will be able to obtain additional information and their own statistics. Your search will be done on the last fighting that took place during the week or the current month, and the week or the previous month.

Note that the details button will give you access to precise information about who participated, which guild they belong to, what alliances are underway, what their equipment is and what the victim was carrying at the time of his death.

2nd tab: the table of fights or battles
This section will give you the best fights that have taken place in the open world. The details button will show the location, duration, number of participants and their characteristics.

3rd tab: the meetings in GvG
Divided into three sub-tables, you will have access to information on all the most famous fights, past and future. The first sub-table is a showcase of the next three most prominent inter-guild meetings, the second gives you future meetings in detail, and the third the most recent encounters with a full report on the battle.

4th tab: the best fighter scores (the leaderboard)
Here you will find all the information about the best fighters and guilds, based on the highest reputation and reputation, and according to their ratio of killed / dead (when a player kills a victim Obtains fame, when a player dies, he gives renown to his executioner).

With regard to the section, you will be allowed to compare up to 5 guilds by thinking of the totality of their PVP statistics, including their top five players as well as their basic info. Without futher ado, do not forget the search bar, If you are interested, there is allow you to refine and directly access the full information of a gamer or guild.